‘Young men in Palestine are the most imprisoned population in the world. Palestinian prisoners might have committed a range of offenses- some were part of the armed resistance, some were part of a non-violent resistance (for example reciting poetry without a permit(?!)), some are children who threw rocks at a wall. Alarm bells ring for me […] 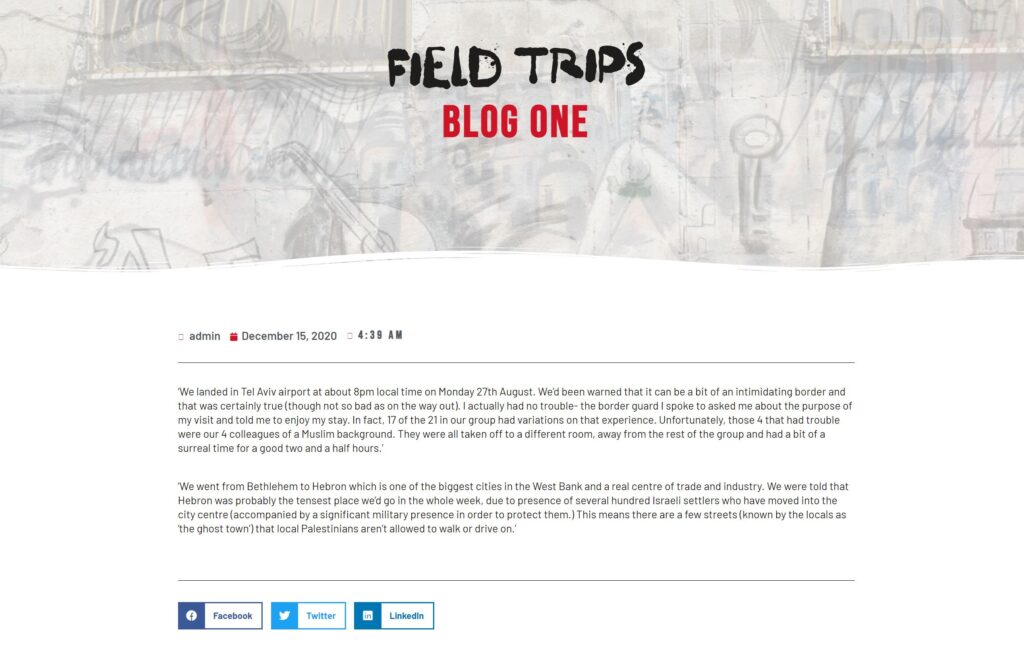 ‘We landed in Tel Aviv airport at about 8pm local time on Monday 27th August. We’d been warned that it can be a bit of an intimidating border and that was certainly true (though not so bad as on the way out). I actually had no trouble- the border guard I spoke to asked me […] 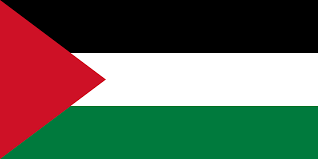 This year saw another hugely successful trip to Palestine with staff and students from across the school of social science. The group were mostly social work students, but included some from Social Policy, and Childhood and Youth Studies. The 17 students and 4 staff were hosted by families in the Tulkarm Refugee Camp on the […]

So in my last post I tried to give a bit of an introduction to the history of the area and then to share some of my impressions from my first couple of days in Israel and Palestine. How successfully I managed that, I’m not sure, but in this post I hope I might have […]

BACK TO TOP
Menu

The research team would be most grateful if you could complete this short survey to let us know what you think about the website and the information we have shared with you.