Ottoman Empire incorporates Palestine as one of its territories

Relationships between the diverse religious and ethnic communities in Palestine during this period was largely integrated and peaceful between Arabs and Jews.

Emergence of the Zionist movement

Founded by Theodor Herzl (1860-1904) dedicated to establishing a Jewish ‘national homeland’ on the land of historic Palestine.  The Zionist movement (combining religion and politics) in Europe promoted Jewish migration to Palestine, mostly in response to anti-Semitism experienced in Europe. 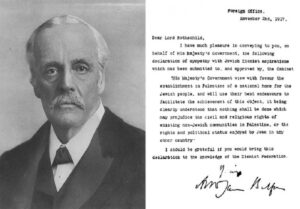 This lasted for three years and was a significant protest against British Colonial rule in the interwar period.

The UN passes Resolution 181 ending the British Mandate, supporting the partition of Palestine into two independent states – Palestine and Israel. 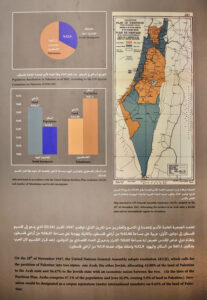 Nakba (‘catastrophe’) refers to the ethnic cleansing of Palestine when the State of Israel was created. The creation of Israel was a violent process that involved the forced removal of hundreds of thousands of Palestinians from their homeland to establish a Jewish majority state propagated by the Zionist movement. Between 850,000 to 1 million Palestinians were made refugees.  Zionist forces took more than 78% of historic Palestine by depopulating and destroying 531 villages and two urban areas emptied (Matar, 2014).

The United Nations define Palestinian Refugee as: ‘Palestine refugees are defined as “persons whose normal place of residence was Palestine during the period 1 June 1946 to 15 May 1948, and who lost both home and means of livelihood as a result of the 1948 conflict.’ 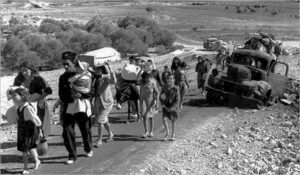 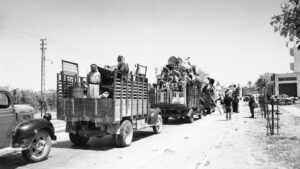 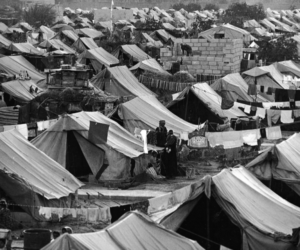 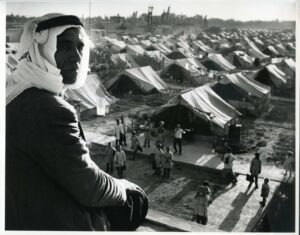 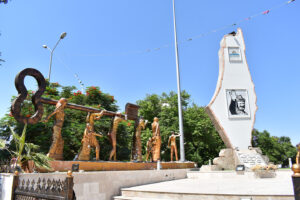 The Six Day War led to a second great wave of Palestinian displacement, known to Palestinians as the Naksa. In the ‘six-day war’ Israel invades neighbouring states, Syria, Jordan and Egypt and took control of the, the Golan Heights, the West Bank, the Gaza Strip and the Sinai. The construction of illegal Israeli settlements in the occupied territories is opposed by UN resolution 242, which calls for Israel to withdraw from occupied territories during the conflict and negotiate a just settlement with Palestinian refugees. 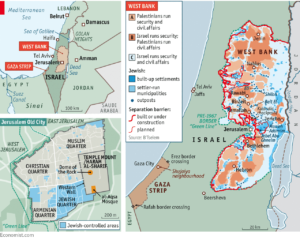 The first intifada or popular Palestinian uprising against Israeli oppression lasted for 6 years.  During this period thousands of Palestinians were killed with even more arrested. Many of these were young people under the age of 16. 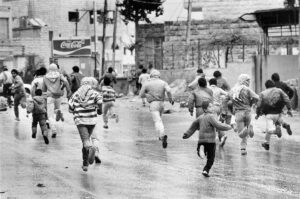 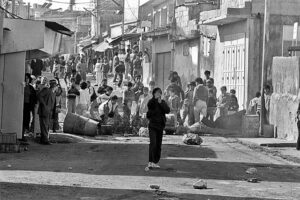 Oslo Accords – agreements for peace negotiations between the Palestine Liberation Organization (PLO) and the Government of Israel was signed in Washington. 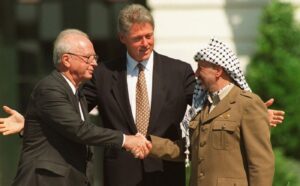 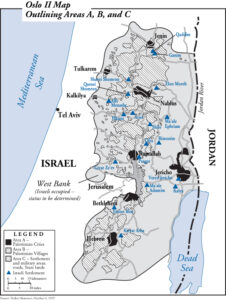 Palestinian resistance grew out of the collapse of peace negotiations between the Israeli prime minister Ehud Barak and the Palestinian Liberation Organization (PLO) Chairman Yasser Arafat. 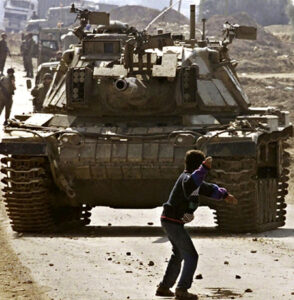 The wall was built by the State of Israel to separate Palestinian territories from Israel.  The wall currently measures at approximately 700 kilometres and restricts the movement of Palestinians under the guise of security. 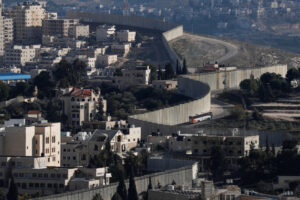 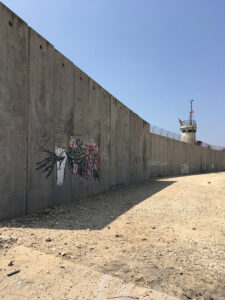 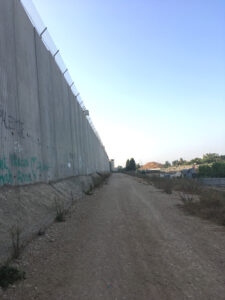 The International Court of Justice deems the separation wall in occupied Palestinian territory as illegal under international law, stating the wall must be dismantled and compensation for any damage repaid.  The UN are advised that they should take action against Israel for any further construction.

Palestinians accuse the Israeli government as being responsible for the increase in violence, attributing the Israel Defence Force (IDF) of attacks on Gazan civilians in the days leading up to the operation. 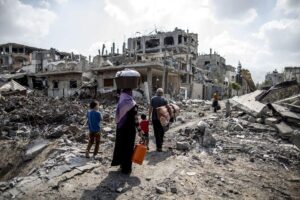 The Israeli Parliament passes a law which legalises dozens of Jewish settlements built on private Palestinian land in the West Bank. Encouraged by the new USA President Trump administration the Israeli government advances plans for thousands of new settler homes. 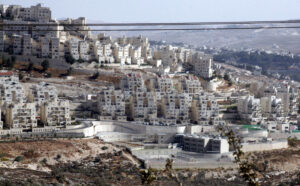 US President Trump recognises Jerusalem as the capital of Israel

US President Trump recognises Jerusalem as the capital of Israel, upsetting the Arab world and some Western allies. 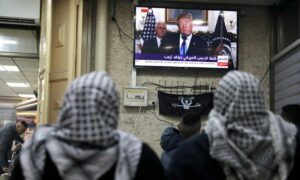 Trump declares Jerusalem as the capital and moves the US Embassy

‘The Great March of Return’

‘The Great March of Return’ demonstrations along the border fence begins in Gaza to protest Israel’s economic blockade of Gaza and demand refugees right of return.

The Gaza Ministry of Health report that 267 Palestinians died over the next 2 years of demonstrations including 50 when Israel Defence Force (IDF) open fire during protests coinciding with the ceremony marking the relocation of the American embassy to Jerusalem. the deaths include 50 children, six women and one elderly person. This includes 2 journalists and 3 paramedics. Meanwhile, the ministry said that 30,398 others were wounded, including 3,175 children and 1,008 women. 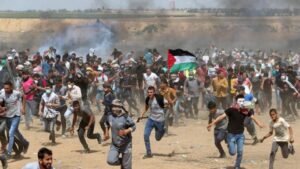 The ‘Nation State Law’ is passed in Israel

The ‘Nation State Law’ is passed in Israel.

The law does three big things:

The US confirms withdrawing all aid to Palestinians

The US confirms withdrawing all aid to Palestinians in the occupied West Bank and Gaza which amounts to $200 million.  The UN expresses serious concerns over the US decision.

President Trump recognises Israeli sovereignty over the Golan Heights, which Israel seized from Syria in the 1967 war and later annexed. The US also states that it no longer considers Israeli settlements on the West Bank to be illegal.

President Trump releases his vision through the Middle East Peace Plan which is rejected by Palestinian President Mahmoud Abbas. 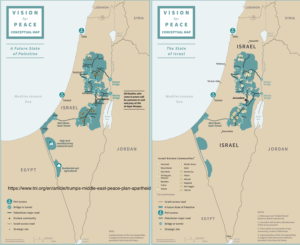 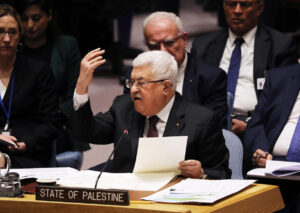 In September, President Trump host Middle East leaders from Israel, Bahrain and United Arab Emirates (UAE) to sign “peace agreements”.  These accords do not include a resolution between the Israeli-Palestinian conflict, calls for Palestinian rights, or of suspending Israel’s prime minister Benjamin Netanyahu plans for further annexation (62%) of the occupied West Bank.

The signing of these accords makes the UAE and Bahrain the third and fourth Arab states to take steps to normalise ties with Israel since Israel signed peace treaties with Egypt in 1979 and Jordan in 1994.

This is seen as a significant betrayal of the Palestinians by other Arab states and breaks the long-standing collective rejection of normal relations with Israel without Palestinian independence.

The research team would be most grateful if you could complete this short survey to let us know what you think about the website and the information we have shared with you.